"Human Values in an Age of Change" 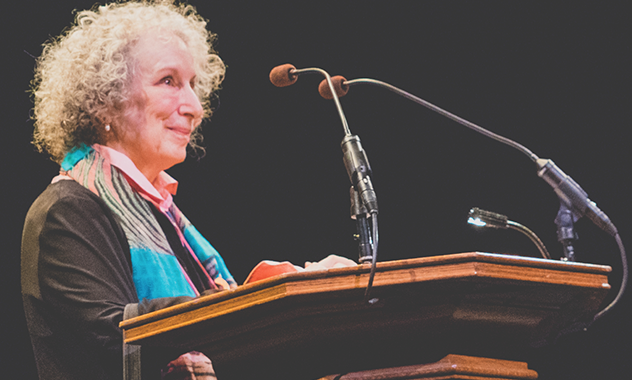 A winner of many international literary awards, including the prestigious Booker Prize, Margaret Atwood is the author of more than thirty volumes of poetry, children's literature, fiction, and non-fiction. She is perhaps best known for her novels, which include The Edible Woman, The Handmaid's Tale, The Robber Bride, Alias Grace, The Blind Assassin, Oryx and Crake, and The Year of the Flood. Her non-fiction book Payback: Debt and the Shadow Side of Wealth, part of the Massey Lecture series, was recently made into a documentary. Her newest novel, Madaddam (the third novel in the Oryx and Crake trilogy), has received rave reviews. Atwood's work has been published in more than forty languages, including Farsi, Japanese, Turkish, Finnish, Korean, Icelandic and Estonian.