"Casino Capitalism: Gambling, Investing, and the Ethics of Speculation" 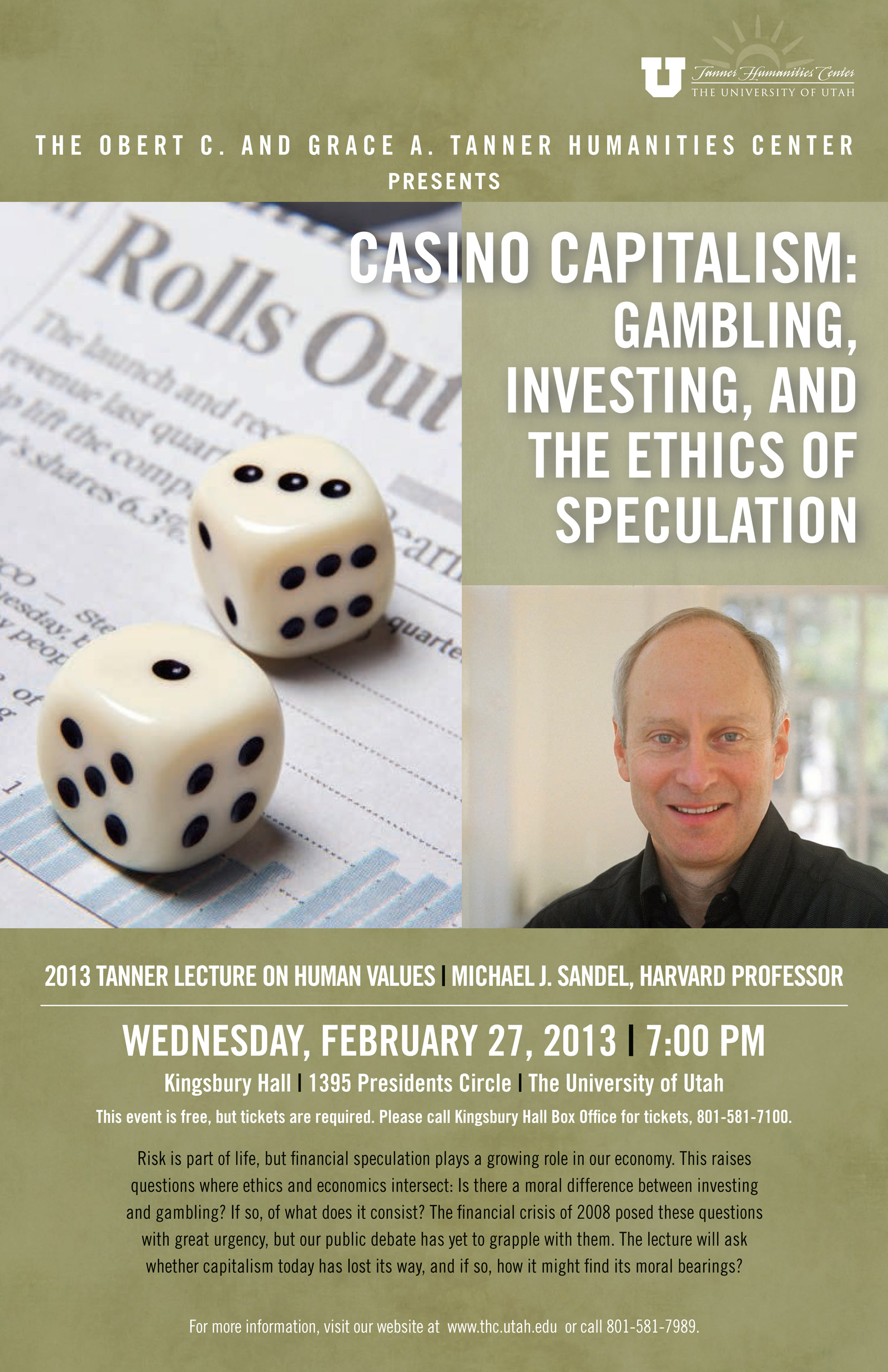 Dr. Sandel argues that risk is part of life, but financial speculation plays a growing role in our economy.  When farmers plant crops, or when companies build factories, they place a kind of bet.  But these bets are incidental to productive activity.  What about traders who grow no crops, but simply bet on the future price of wheat?  Or hedge funds that own no Greek bonds, but bet on the likelihood that Greece will go bankrupt?  Or brokers who buy insurance policies on the lives of strangers, and collect when they die?

These practices raise questions that intersect ethics and economics:  Is there a moral difference between investing and gambling?  If so, of what does it consist?  The financial crisis of 2008 posed these questions with great urgency, but our public debate has yet to grapple with them.  The lecture will ask whether capitalism today has lost its way, and how it might find its moral bearings?

Michael Sandel is the Anne T. and Robert M. Bass Professor of Government at Harvard University. He is the author of multiple publications, including Justice: What’s the Right Thing to Do? and most recently, What Money Can’t Buy: The Moral Limits of Markets, which was published in April 2012. Dr. Sandel is well-known for his popular “Justice” course, which was the first Harvard class to be made freely available online and on public television. Over 15,000 students have filled his classroom to hear his discussions of justice, equality, democracy, and citizenship.