"America Through My Lens: The Evolving Nature of Race and Class in the Films of Spike Lee" 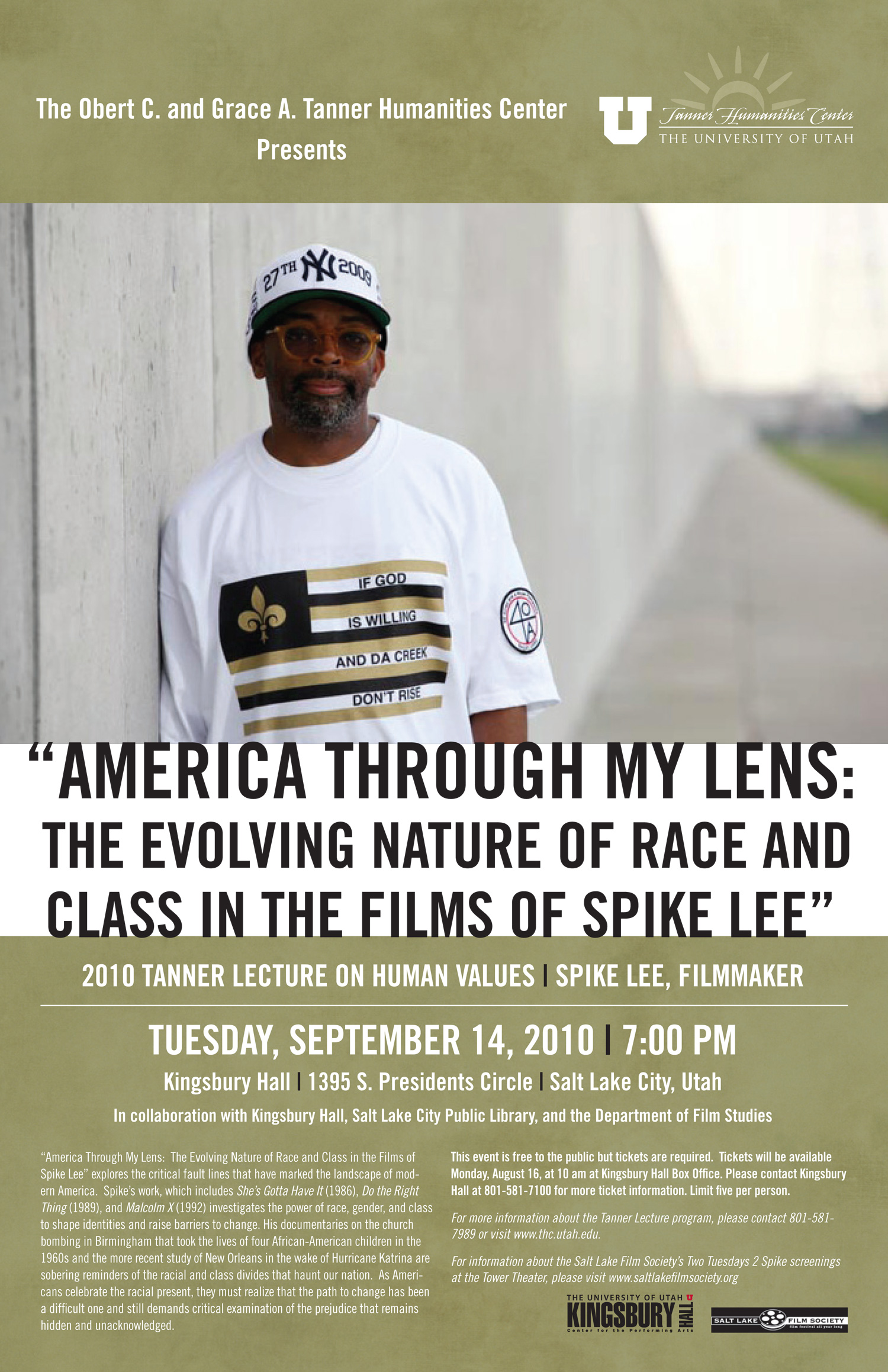 In his lecture, titled “America Through My Lens: The Evolving Nature of Race and Class in the Films of Spike Lee,” Lee will explore the critical fault lines that have marked the landscape of modern America.  Spike’s work investigates the power of race, gender, and class to shape identities and raise barriers to change. His documentaries on the church bombing in Birmingham that took the lives of four African-American children in the 1960s and the more recent study of New Orleans in the wake of Hurricane Katrina are sobering reminders of the racial and class divides that haunt our nation.  As Americans celebrate the racial present, they must realize that the path to change has been a difficult one and still demands critical examination of the prejudice that remains hidden and unacknowledged.

Spike Lee is a filmmaker, author, and activist.  His debut film, the independently produced She’s Gotta Have It earned the Prix de Jeunesse Award at the Cannes Film festival in 1986.  Lee’s films Girl 6, Get On the Bus, Do the Right Thing and Clockers are provocative critiques of American society that challenge cultural assumptions, not only about race, but class and gender.   His epic drama Malcolm X, starring Denzel Washington, received two Academy Award® nominations. Spike Lee’s recent, critically acclaimed documentary, When the Levees Broke: A Requiem in Four Acts is a groundbreaking documentary focusing on the plight of Americans, black and white, stranded in New Orleans after hurricane Katrina.

In 1991, Spike Lee began teaching classes on film making in the Department of Afro-American Studies at Harvard University.  He has also taught at New York University, where he currently holds the position of Artistic Director of the Graduate Film Program in the Tisch School of the Arts.  With his production company Forty Acres and a Mule, Spike Lee continues to make films about the critical issues facing America.