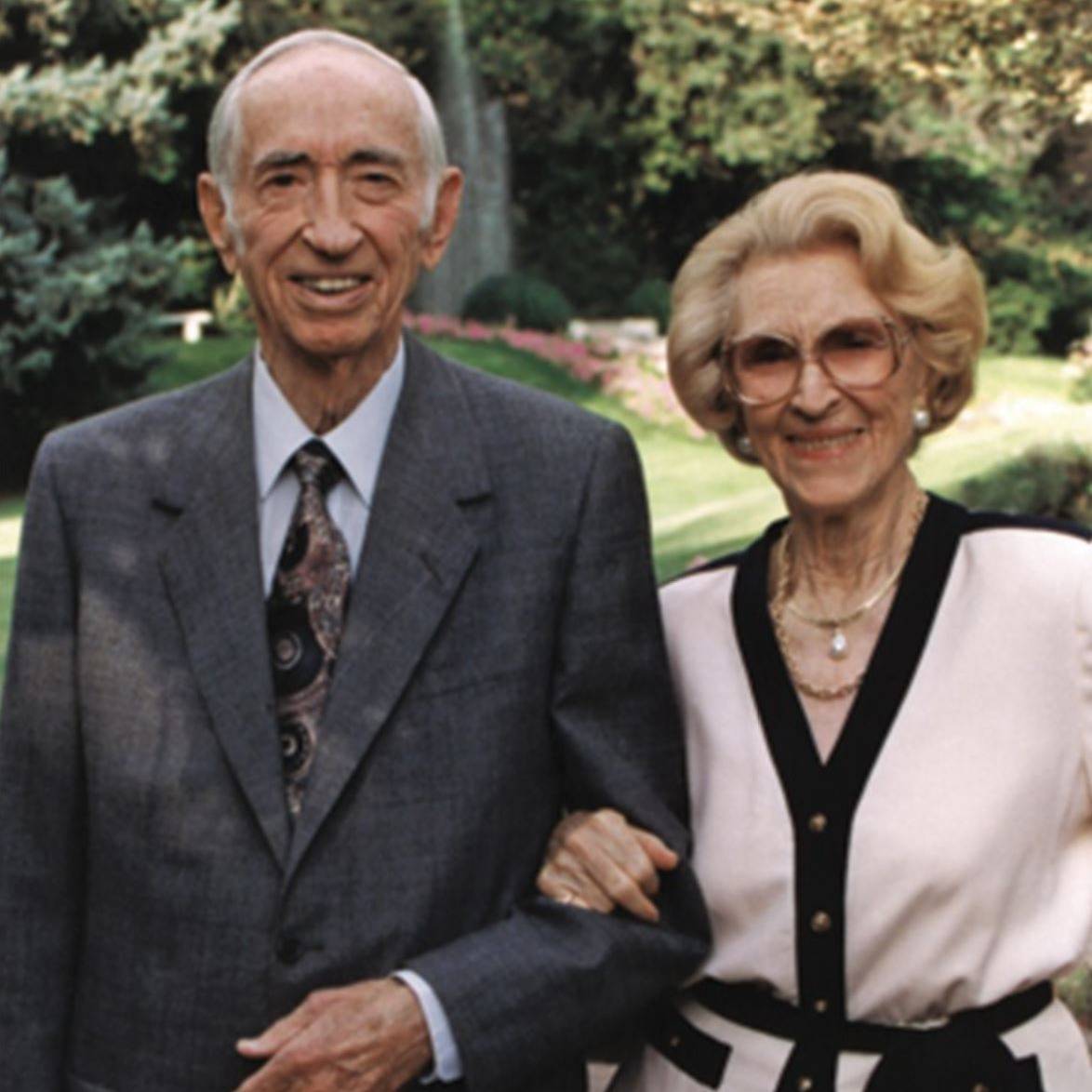 Obert Clark Tanner was born September 20, 1904, to Annie Clark and Joseph Marion Tanner. Obert's father, exiled to Canada because of his practice of polygamy, was a fading presence in the life of his son. From an early age, Obert assumed responsibility for contributing to the support of his mother.

She, in turn, instilled in him a profound respect for intellectual pursuits and the value of human freedom.

As a boy, Tanner learned habits of hard work on his uncle's farm, on railroad and construction crews, and in a lonely season herding sheep for his father in the Canadian Rockies. Despite reservations about his ancestral faith, he served a mission for the LDS church in a Germany recently devastated by the First World War. His soul-searching attempts to balance faith and reason and to reconcile human potential with human suffering led him to lifelong interest in the example of Jesus Christ.

In debt after his mission and European tour, Tanner came home to a job teaching seminary for his church. An urgent desire to pay off his obligation so that he could return to school inspired his entrepreneurial spirit. He begun selling seminary graduation pins and class rings from the back of his car - and so founded the O. C. Tanner Company. Balancing his teaching and writing assignments with his studies at the University of Utah, Tanner continued to develop his business, becoming increasingly convinced that he could reach true intellectual freedom only through financial security.

For the rest of his life he juggled twin passions: education and business. In the early years of his marriage to Grace Adams, Obert studied and taught at Stanford and Harvard universities, commuting back to Salt Lake City to supervise the growing Tanner Company, on its way to becoming one of the largest manufactures and retailers of corporate recognition awards in the country. In 1945 he assumed a faculty position at the University of Utah where he taught each morning for twenty-nine years, spending afternoons and weekends in his business pursuits.

His remarkable partnership with Grace and his intense personal friendships with a diverse circle of business, academic, church, and civic leaders helped him transcend business reversals and family tragedies. He received numerous honorary degrees, was a Fellow of Cambridge and Oxford universities, and a member of the British Academy. In 1978 he permanently endowed the distinguished Tanner Lectures on Human Values, which are presented annually at several universities in England and the United States. Among his many national and international awards are the United Nations Peace Medal (1978) and the National Medal of Arts conferred in Washington, D. C. (1988). Obert Tanner died October 14, 1993, in Palm Springs, California.

In the end he was able to enjoy and share the fruits of his labors. His generous gifts to universities and charitable organizations, his endowed lectures, the public fountains he has built all over the country, and his contributions to community, national, and international life form the lasting legacy of this unorthodox, interesting, and complex man.