Humanities in the Military: A Conversation with Stacy Bare

A friend of the Tanner Humanities Center, Stacy Bare is a local writer, entrepreneur, well-being advocate, and veteran of the United States Army. He received a Bronze Star for his service in Iraq from 2006-07. Working at the intersection of outdoor recreation and health Bare co-founded the Great Outdoors Lab in 2014 and launched Adventure Not War in 2015. http://www.adventurenotwar.com/contact His work with veterans has earned him a National Geographic Adventurer of the Year Award. 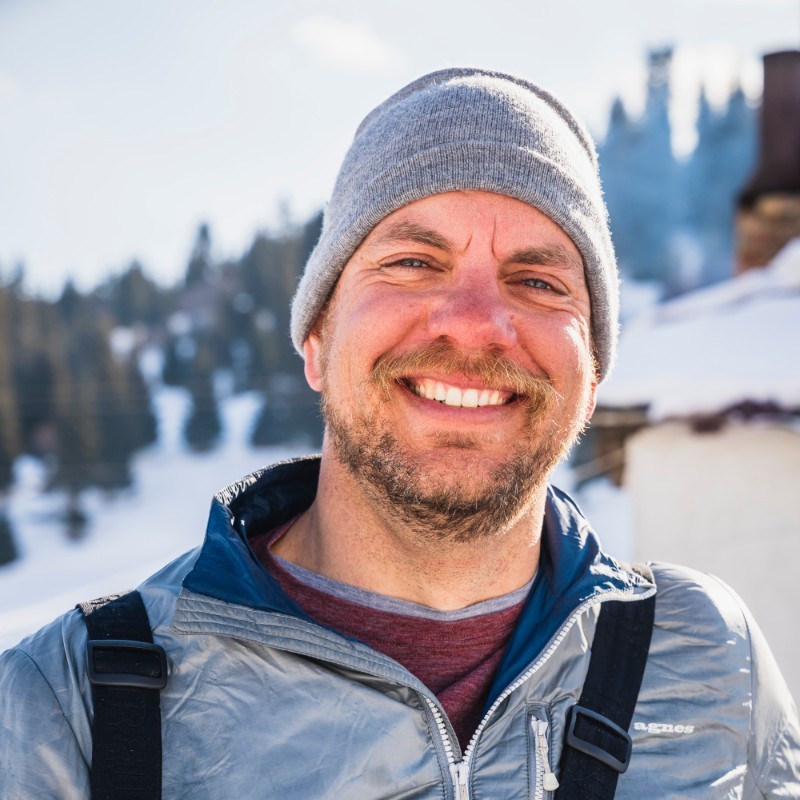 “The more we can encourage people to share, and to write and to read and to gather in safe ways to share that art, regardless of who you are, the better we are.”

On understanding military trauma through the Humanities -
Most military trauma was understood through the humanities and through arts. Really, look at the amount of poetry, and if you consider outdoor recreation as part of the humanities, look at the writing and the art that comes out of folks like Edmund Hillary, who goes to climb Everest. He has the apocryphal quote when asked why he climbed Mount Everest, he says, “Because it's there.” The entire British society was changed by World War I, you have JRR Tolkien and CS Lewis, and an entire new genre of fantasy spawned. The elves and the dwarves and the humans as the Allies fighting against the Axis,     which are the orcs. The Germans are set as pure evil, but then try to read “All Quiet on the Western Front” and imagine Erich Fromm’s character as an orc, you can't. We have this idea that PTSD can be kind of cured, or that we need to move on from it as opposed to figuring out what parts of those experiences do we need to integrate and what parts do we need to move away from. Art is really critical around identity formation.

On Identity -
We’re taken out of these environments we grew up in, and we're forced to deal with all these people in ways that we never did. And a lot of times those lessons don't necessarily stick, right, like we move on. And we revert back to who we were before in the military. And I think creating narratives around art, and literature and performance can help seal the deal, and then help us figure out that identity and then move on, right? Because for years, I mean, if we would have had this conversation at different points in the last 13 years, it'd be really different on my identity, right? Like, you're talking to me, because I'm a veteran, I get that. But, I think we want that to be a part of people's identities, but not their whole identity. That's a challenge, I mean, the humanities have helped me understand we have revealed, identities and seen identities and those are two different things, right. And we have identities that we reveal that we can't do anything about. And we have identities that we reveal that are our choice.

On Advocacy -
I think there's been this thing where so many veterans, and it's, you know, oftentimes it's not the veteran, it's people - I had people telling me on my behalf, what they were doing. For example, they don't like Colin Kaepernick because of me, like they’re mad on my behalf. And so many times in our attempts at advocacy, we steal the voice. We think we're speaking on behalf of somebody else, but we're actually preventing them to speak. And you see that in so many communities, right. And you see that, especially I think, in the veteran community.

On the Veteran Community and Society -
And I think if there's one thing that I've begun to learn throughout my process, it is that what is being done to in the veteran community positively and negatively, are reflections of what's happening in broader society. The fact that we see a larger suicide rate is really a reflection that we're seeing a larger suicide rate in society. It's a broader problem. It's a broader challenge. If there's a lack of service, we're seeing it in the military community as well. If there's a lack of concern for effective mental health treatment, which we feel acutely in the VA system, what does that look like broadly? And so what that means is, I think when we do work with veterans, we have to look at it as a beta test for larger engagement with society. What’s happening in the Veteran community is happening in the rest of the community. We get the benefit as well as the drawback of being in this compressed community. We can do more to help veterans do the humanities and ask them to continue service through passing on the humanities. People have got to get out of their bubbles and recognize sympathy and empathy for other folks.
Last Updated: 12/17/20