Examine the past. enrich the present. change the future.

The year 2020 marks the 100th anniversary of the 19th amendment, which gave women in the United States the right to vote. Less commonly known, however, is that this year also marks the 150th anniversary of Utah being the first place where women voted in the modern nation. Better Days 2020 is a non-profit dedicated to popularizing Utah women’s history in creative and communal ways. They believe that exploring the legacy of Utah's past can assist in making it a better place for women in the future. In 2019, Better Days 2020 hosted a Gateway to Learning workshop for Utah teachers, at the Tanner Humanities Center (pictured below). We caught up with historical director Katherine Kitterman, to discuss the great work being done to ensure that Utah women's stories are remembered.

How was this project started?

About three years ago, co-founders Neylan McBaine and Mandy Grant realized that the year 2020 would coincide with these two very big anniversaries, the centennial anniversary of the 19th amendment as well as the 150th anniversary of Utah women voting. So that was really the impetus for this project, after realizing that we would be in a historic moment and that people would be paying attention. It’s a great time to amplify women's contributions in Utah history as well as bring attention to the history of the suffrage movement, and that Utahns really paved the way. It also opens the door for conversations about how looking at the legacy of our past fosters more discussion about how women are represented now and in the future. 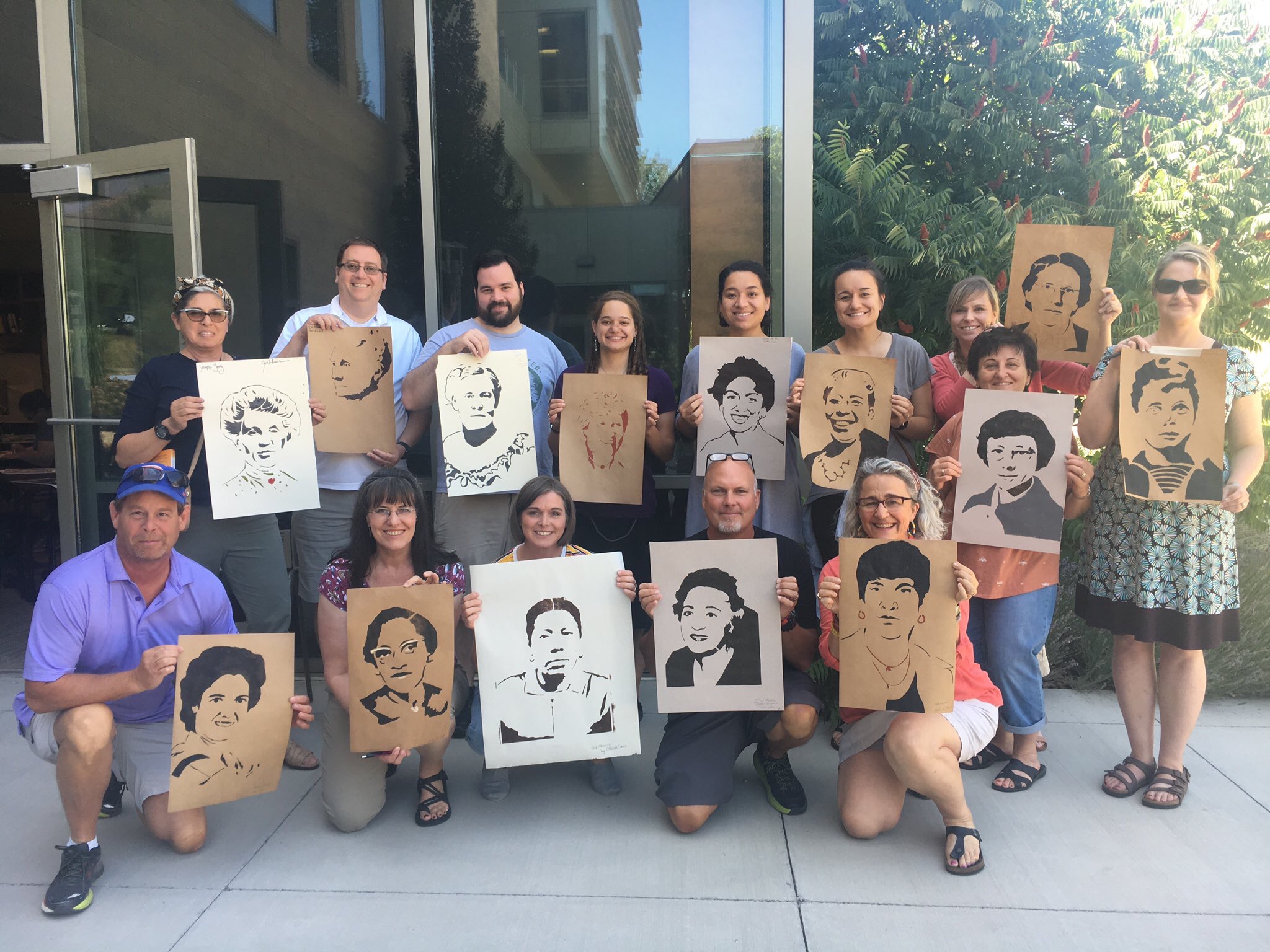 What are the main focuses of Better Days 2020 and why are they important?

Our biggest focuses have been education and public art. We feel that it's important to make contributions of women more visible in lots of different ways. Especially here in Utah, we have this strong legacy of women's leadership in lots of different cultures and communities. When we recognize that, it changes the way that we see ourselves, as parts of society and as citizens whose voices matter. And it also, you know, hopefully changes the way all of us see women - represented as business owners and educators and all the other things that you don't have to add a female adjective onto. Education and public art I think is important because the values that we project and promote in physical environment really shape society.

Why do you think these stories have been lost or not talked about for so long?

A couple reasons and one of the reasons is that if you look at Utah’s role in the suffrage movement in America, it basically all starts when they start having film footage and photographs. So there's something to the fact that Utah was so early - before national momentum really built - there aren’t a ton of great photographs. There's also especially the issue of polygamy. National groups that were working for suffrage were pretty split on the issue themselves, not on what they thought about the issue, but on whether or not they would even work with those women. There was a lot of tension there and I think that's part of it. It's not like the whole movement totally forgot about them, but I think there was a point at which it was no longer politically expedient. And then of course, in that era in history, women just aren't as recorded as often as men, and there are women that we know a lot of things about, but we don't have a lot of their own words.

What has the public response been to your programming and outreach so far?

It’s been great – obviously this year has been a little bit of a disappointment, but we were really pleased to be able to host a lot of things at the beginning of the year.  Our event with the exhibit opening at the Capitol building for the anniversary of Utah women's first vote was great and we got to interact with a lot of school kids. The overwhelming response that I see is people saying, “I didn't know that!” We have tried really hard to feature a diverse range of women and that's a little tricky when you're talking about suffrage in the 1890s. People have just been intrigued and interested in this, especially when the subjects are from their local towns.

How can people get involved?
Our educational website at www.utahwomenshistory.org has tons of resources to learn more about women in Utah history, including biographies, historical articles, suffrage history by county, and Brooke Smart's illustrations. Our interactive art installations to honor the Voting Rights Act are going up this week in Ogden and Centerville, and more info on that is here: https://www.utahwomenshistory.org/2020/07/voting-rights-act/

Follow us on Instagram (@betterdays2020), Facebook and Twitter (@betterdays2020) for the latest updates, as well as details about an upcoming women's history memorial called, "A Path Forward." It will be on the grounds of Council Hall (just south of the Capitol) and you'll be able to sign up for a time slot to visit soon!