A Message from Director Erika George 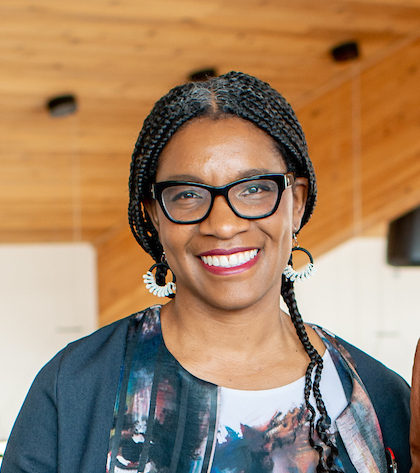 I hope my message finds you and yours safe and well.  As the world continues to confront the uncertainty caused by the novel Coronavirus (COVID-19) compounded now by the unrest accompanying popular uprisings against racism and police brutality around the world, we at the Tanner Humanities Center continue to keep you in our thoughts.

In 1978 Obert C. Tanner, founder of the Tanner Humanities Center, expressed: “perhaps the clearest and deepest meaning of brotherhood is the ability to imagine yourself in the other person’s position, and then treat that person as if you were him or her. This form of brotherhood takes a lot of imagination, a great deal of sympathy, and a tremendous amount of understanding.” Recently I have been reflecting on his words and the ways the arts, culture, and humanities can help us to better understand our present moment and to imagine a better way forward for the future of humanity.

Despite the global pandemic and physical distancing, across the country and around the world thousands of people have joined anti-racism protests to demand accountability for police abuse. As you likely know, these protests first erupted in Minneapolis after cell phone video footage capturing a white police officer kneeling on the neck of a black man named George Floyd went viral online. For nearly nine minutes, Floyd gasped for breath and cried out for his mother while other police officers kept watch and prevented bystanders from intervening.

The civil unrest that started in Minneapolis after Floyd’s death quickly spread to other cities, including Salt Lake City, as people of all races in all 50 states took to the streets to protest police brutality. The National Guard was activated in at least 21 states after reports of vandalism and violence. Activists have held solidarity demonstrations in Paris, Nairobi, Berlin, London and other global capitals. Independent experts of the Special Procedures of the United Nations Human Rights Council recently issued a joint statement condemning “systemic racism” in the United States.

How can we understand what is happening? How can we imagine a better way forward? When I assumed responsibility for leading the Tanner Humanities Center last semester, I could not have imagined that a global pandemic would cause such upheaval in our lives and cost so many lives. Nor did I foresee that one Black man’s murder would spark mass mobilizations against anti-Black racism around the world. However, at that time, I passionately felt just how urgently humanity needs the humanities to understand our rapidly changing world. So, I aimed to promote humanities research and outreach when I became director.

With support from the O.C. Tanner Foundation, I introduced a new outreach initiative, the "Tanner Talks" series. My intent was and is to create opportunities for our community to have constructive and informed conversations about challenging topics. I also want to highlight how humanities education equips us to better understand ourselves, our relationship to one another, and the world we share. Tanner Talks are open, unscripted conversations with leading scholars, provided to the public for free.

Our inaugural Tanner Talk, in February, was a conversation about race and racism. Professor Ibram X. Kendi, founding Director of the Boston University Center for Antiracist Research and National Book Award winning author is one of the country’s leading historians of racism. Professor Kendi’s important research has only become more timely since his visit to Utah. In his recent bestselling book, How to Be An Anti-Racist, Professor Kendi seeks to return the word “racist” to its proper usage—as a descriptive term, not a pejorative insult. Being a racist is not a fixed identity. He explains how it is possible for anyone, of any race, to be racist one moment and to be antiracist the next moment. He argues that we must detect and describe racism in ourselves and in our society before we can dismantle it. 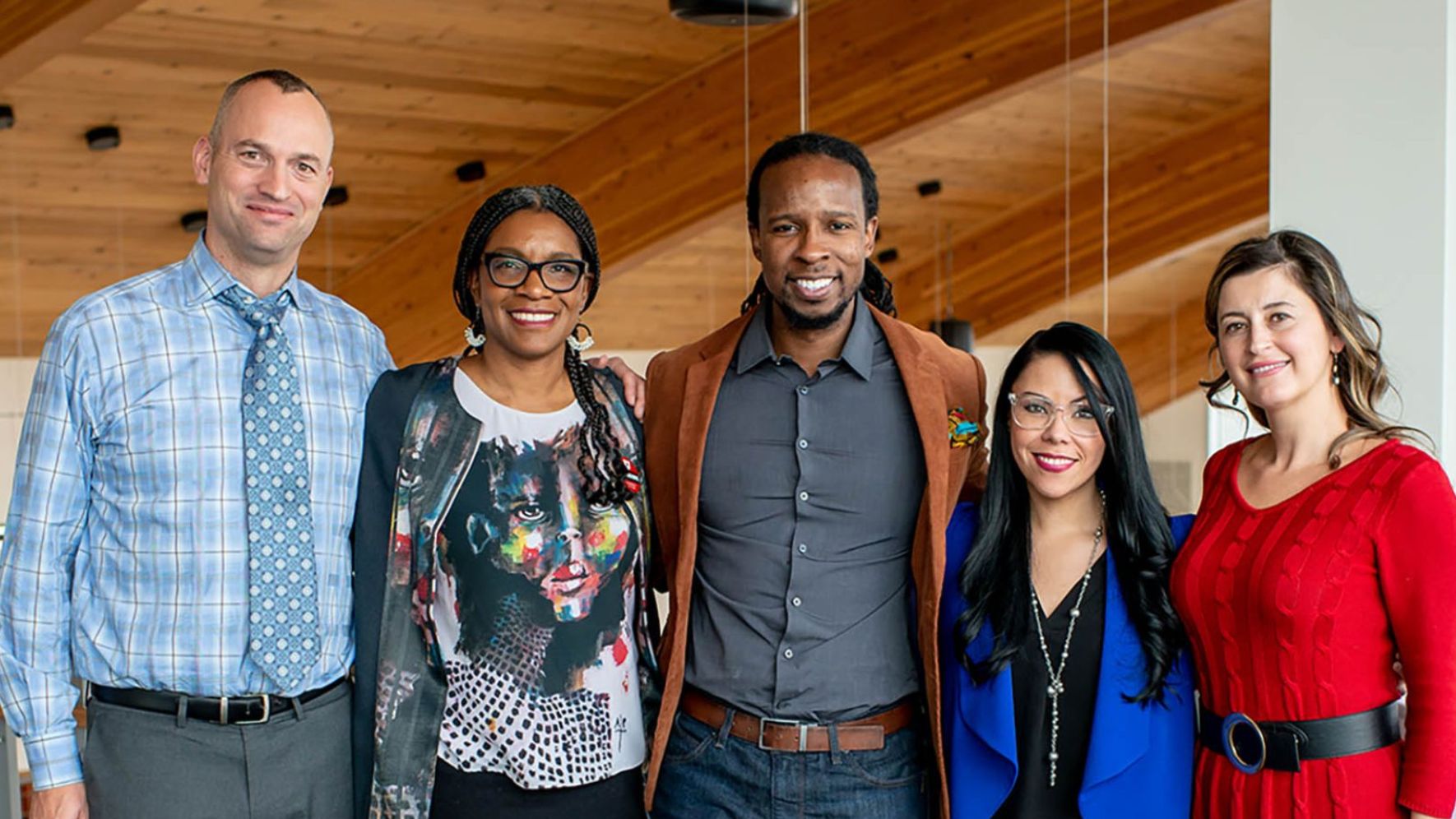 A racist adheres to a racial hierarchy and attributes problems in a society to people of different races due to inherent inferiority. An anti-racist endorses racial equality and attributes problems in a society to policies that harm people. Racial inequality is ignored by a racist individual or institution while it is identified and addressed by an antiracist individual or institution. For Professor Kendi, being “not racist” signals a neutrality that simply serves to mask racism—we either allow racial inequities to continue or we confront racial inequities.  His research reveals that: “Racist ideas make people of color think less of themselves, which makes them more vulnerable to racist ideas. Racist ideas make White people think more of themselves, which further attracts them to racist ideas.”

I come to Tanner Humanities from the College of Law where I am the Samuel D. Thurman Professor of Law. Laws have long been influenced by racist ideas. When I teach legal texts, I rely on the humanities to provide context. In an 1857 case, Dred Scott v. Sandford, the Supreme Court of the United States ruled that no Black person, whether enslaved or free, could ever become a constituent member of the “sovereign people” contemplated by the US Constitution because Black people were “beings of an inferior order.” Writing for the Court, Chief Justice Taney reasoned that Black people were regarded as “altogether unfit to associate with the white race, either in social or political relations; and so far inferior, that they had no rights which the white man was bound to respect.” Indeed, he observes that the belief in white superiority was so axiomatic, that “without doubting for a moment the correctness of this opinion” no one thought of disputing it or thought it open to dispute. The Court upheld racist ideas. Black humanity was simply unimaginable.

In 1896, Justice Harlan dissented from the Supreme Court’s decision in Plessy v. Ferguson. Relying on racist ideas, the Court upheld laws enforcing racial segregation. Justice Harlan reaffirmed white supremacy, describing “the white race” as “the dominant race…in prestige, in achievements, in education, in wealth, and in power.” Nonetheless, he rejected separation of the races mandated by law as inconsistent with the concept of equality because “in view of the constitution, in the eye of the law, there is in this country no superior, dominant, ruling class of citizens.” He reasoned: “The destinies of the two races, in this country, are indissolubly linked together, and the interests of both require that the common government of all shall not permit the seeds of race hate to be planted under the sanction of law.” Justice Harlan warned that the Court’s ruling would “stimulate aggressions, more or less brutal and irritating, upon the admitted rights of colored citizens” and he argued that colored citizens “ought never to cease objecting” to the proposition that citizens of different races should be criminalized simply for sharing the same public space.

About both the brutality that would sprout from the seeds of racist ideas planted in laws and the unceasing objection to racist laws by people of color, Justice Harlan was clearly correct. For far too long, the conduct of too many law enforcement officers has been consistent with the racist idea that the lives of Black people are worth less than the lives of other people. Now, #GeorgeFloyd is trending. Some protesters and political leaders are working to weed out racism, while others are working to cultivate it.

The humanities help us to understand racial injustice and reveal the powerful impact of Justice Harlan’s warning through academic examination and artistic expression. We see this in the work of award-winning playwright Lorraine Hansberry, who in her 1964 letter to the editor of the New York Times on civil disobedience and protest activity organized by the Congress of Racial Equality, recounts her childhood memories of watching her father working with NAACP lawyers to fight Chicago’s caste system of racist real estate laws, regulations that restricted the sales of certain property to whites only. She writes of the toll that integrating a white neighborhood took on her family—from encounters with “hellishly hostile” neighbors to the “howling mobs” that surrounded her family’s home in the evenings. Rather than leave the neighborhood, her father looked to the law for protection and, in its 1940 decision Hansberry v. Lee, the Supreme Court ruled the family had the right to remain in their home. These painful childhood memories became the material for her play, A Raisin in the Sun.  It was the first play written by an African American to be performed on Broadway in 1959 and was later adapted for film and television.

While the world is currently galvanized by the George Floyd protests and a second wave of powerful civil rights activism, it is important to remember that June 2020 also marks the 50th anniversary of LGBTQ+ Pride celebrations.  The first pride march was held on the anniversary of the Stonewall Uprising, when a police raid on a gay bar in New York City sparked a riot. LBGTQ+ people took to the streets to protest police brutality. There was violence. Property was vandalized. Now, many activists view Stonewall as the start of the modern civil rights movement for members of the LGBTQ+ community and their allies.  Again, interestingly, Hansberry remains a relevant figure, as late in her life, she came to identify as a lesbian. She has been credited as a contributor to The Ladder, a publication of the lesbian liberation organization Daughters of Bilitis and her later plays explored same-sex attraction. Early on, she understood that human rights for women, people of color and LGBTQ+ people were interdependent and interrelated.

The title of Hansberry’s award-winning play is taken from the poem “Harlem” written by Langston Hughes, a luminary of the Harlem Renaissance. As I reflect on recent events and as Independence Day approaches, his poem “Let America Be America Again” feels especially pertinent for our present moment.

Let America be America again.
Let it be the dream it used to be.
Let it be the pioneer on the plain
Seeking a home where he himself is free.
(America never was America to me.)
O, let my land be a land where Liberty
Is crowned with no false patriotic wreath,
But opportunity is real, and life is free,
Equality is in the air we breathe.
(There's never been equality for me,
Nor freedom in this "homeland of the free.")

Until we can safely go back to the Center we will continue to look back and share recent news about the people and programs that make the Center such a special place. This month we feature a conversation with former Tanner Fellow and historian Professor Matt Basso.  Because we are unable to offer our popular Gateway to Learning series this summer for Utah’s K-12 educators we also share observations about the program from past participants.

In these challenging and changing times, we at the Tanner Humanities Center will strive to understand our present moment and to imagine—in all that word implies—creative ways forward. Thank you for being a part of our community. My predecessor, Professor Robert Goldberg recently explained what he believes is required of our community now for the sake of those who will inherit the future in his recent commentary. Read more here. We pledge to continue to promote humanities outreach in collaboration with our Tanner Talk partners. Learn more about them here: Utah Department of Heritage and Arts, Utah Division of Multicultural Affairs, Utah Black Chamber, School for Cultural and Social Transformation, and the Office of Equity, Diversity and Inclusion.

We value our relationship with you, and we appreciate your support. We look forward to seeing you again in person.

Please follow us on social media for our updates and information on arts and culture activities available to you online. Please feel free to contact us to share your ideas or to inquire about partnership opportunities. We would love to hear from you.