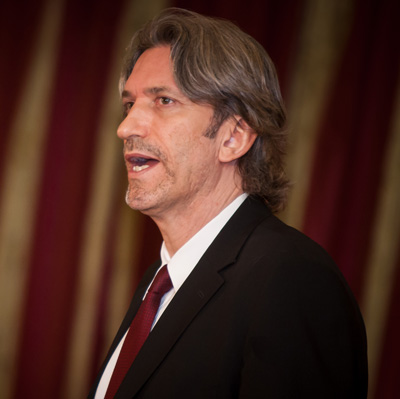 Much of the news from Africa highlights the tragic and catastrophic with war, famine, and lawlessness dominating the headlines. Yet, many of the deadliest wars in Africa have been resolved and the transformation from war-to-peace and lawlessness-to-order is now under way. In his lecture, Prendergast will focus on Hollywood images that portray Africa in a hopeless state, then reveal the contrasting reality. He will also situate Africa in an historical progression that makes war a significant factor in state formation; true in the United States, Europe, and elsewhere.

John Prendergast is a human rights activist and best-selling author who has worked for peace in Africa for over 25 years. Having partnered with a variety of government and non-profit organizations, he is the co-founder of the Enough Project, an initiative to end genocide and crimes against humanity. Prendergast is co-author of Unlikely Brothers, New York Times bestseller Not on Our Watch, and The Enough Moment: Fighting to End Africa’s Worst Human Rights Crimes.