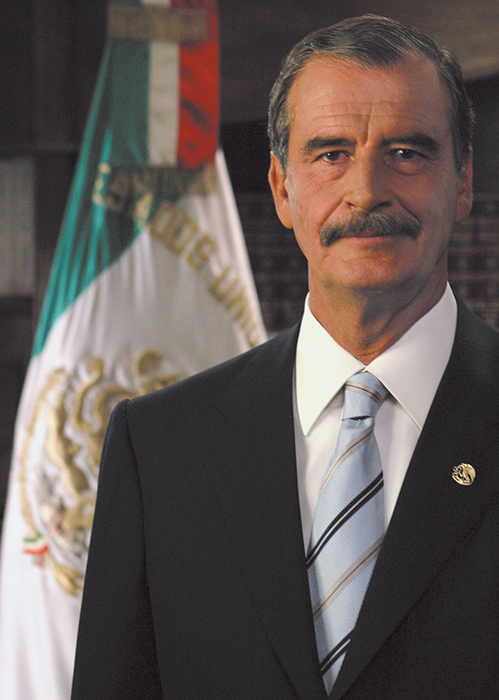 Tuesday, February 12, 2019, 11 AM
Kingsbury Hall
Seating is extremely limited. Doors open at 10:15am.
Free tickets to Vicente Fox are sold out!

Vicente Fox began his career at Coca-Cola Mexico as a delivery truck driver and route supervisor and rose to become its president and oversee its Latin American operations.  He entered public service with election to the federal Chamber of Deputies and then as Governor of Guanajuato.  He served as President of Mexico from 2000 to 2006.  A charismatic leader, Fox spearheaded economic and educational reforms, negotiated trade and immigration policies with the United States, and tackled government corruption.